What’s the best way to build?

A building is in essence a separation between two environments, with Method we are introducing a step-change in the performance of our buildings.

For years the core elements of a building have gone unchallenged. We've got problems with it's performance? Fine we'll add something. Not strong enough? More sticks. Too cold? Batts. Leaking air? Wraps. Why not use something that does all that inherently well, is safer, and saves so much energy?

“In New Zealand, we’ve been building stick and batt houses for a long, long time. We’re asking, why hasn't that changed?" 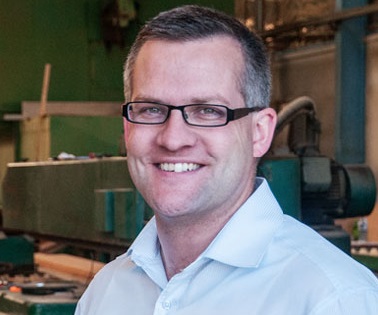 Our background is in the automotive industry, making roof racks.

We were a tier one supplier to Australian and off-shore motor companies. What you see there is a very advanced industry that’s reached the threshold of quality and efficiency. There is no such thing as a bad car now. Discussions around reliability don't happen anymore in the automotive world.

From our work in the automotive world we developed high expectations around precision, repeatability and the reduction of variation during manufacture.

It’s quite an eye opener when you go through a modern automotive plant. The precision with which everything fits together, timed and sequenced. Something made in a plant in New Zealand fits seamlessly into a production line in Australia, or anywhere else. It’s all engineered precisely to a plan and flows together with very careful scheduling.

That streamlined way of doing things is a huge contrast to the New Zealand construction industry.

Here, even in mass production environments for houses, you still have a person come along and measure up holes for windows, and go away and make a window to fit the hole.

It’s basically cottage industry, pre-industrial revolution stuff. That’s how we’re building houses. Houses may look more modern now, but it’s really just lipstick on a pig. It’s still the same beast underneath – stick frames, a form of cladding on the outside, and some ho-hum insulation. Someone’s got to challenge that.

We’re looking to raise questions about the current way of building through the introduction of modern technologies and processes.

Basically we’re interested in creating much more efficient systems. There have been incremental changes and improvements, like the introduction of batts. But we believe its time to truly advance the status quo by transforming the core elements of a house and how it’s built.

My personal background is in engineering, with a focus on production. I'm also a tool maker.

As a tool maker you're dealing with finite measurements and a lot of precision. It’s about making a tool or a die that will mass produce to very precise standards. Precision and repeatability the same values inherent in the Method Building System and products like Formance.

Our product, Formance, is a Structural Insulated Panel (or SIP). They’re actually not a new thing.

SIPs have been around for 50 years. They’ve been used in commercial volumes for the last 30 years in the US and the UK. We’re the first, and at this stage the only, manufacturer of the particular type of SIPs we’re manufacturing in New Zealand.

There have been a number of SIPs buildings done in New Zealand.

They’ve been done using imported product. Down around Wanaka, there are quite a number of them. There’s at least one architect down there really pushing the concept, and having excellent success.

When you analyse it, a building is essentially a definition between two environments.

You've got the inside environment and the outside environment, and the building envelope – the roof, the walls, the floor – is the border between the two. The problem with traditional stick frame construction is that it doesn’t do a very good job at separating those two environments.

If we can create an airtight building envelope, then we can control the inside environment.

That’s where you seal the house and pump air into it, and measure the changes in pressure difference over time. It’s a measure of how much air the building leaks.

A well built but traditional home is lucky to have an air change of five. A well built SIP house, even with someone who’s put it together for the first time can easily get an air change rating of two, down to as low as 0.5 for an experienced builder.

What that means is that with SIPs you've got a building envelope in which the environment can be controlled, so you're not at the whim of the outside environment.

It’s imperative to have a proper controlled ventilation system hand in hand with a SIPs building. And that gives you even more control over creating the most efficient, healthy indoors environment.

Architects and designers are excited about this system because it gives them freedom to design without having to worry so much about how it’s actually going to be made.

As an architect, with SIPs you get this beautiful homogenous panel that’s inherently structural and has inbuilt insulation properties. So you don't have to worry about those details.

It becomes a matter of what you can do with it, what sort of form you can create, without the constraint of your design incuring a cost penalty.

Say an architect wants a particular wall angle or wave shape feature. In traditional methods he has to worry about different heights of studs, whether load bearing elements are going to fall.

Plus the cost goes up, because it’s unique. There’s no penalty for doing that in SIPs. We put it through the process and cut the shape you ask for, done.

The freedom to design is the exciting part.

And for home owners, it’s exciting because of the benefits of living in a properly sealed environment. It’s stronger, safer, and has less total cost of ownership over time. And they can rest easy knowing that their home’s overall environmental footprint is a lot less than traditional methods.

The Method System is greener for a number of reasons.

For starters, Formance’s polystyrene core is 95% air. So it uses very little petroleum product. Not only that, board uses up 100% of the tree. The standard stick frame approach only uses around 35% of the tree and has fibreglass production on top of that. SIPs have been proven to have a smaller overall environmental footprint.

For the builder, the SIPs process is a whole lot simpler, more precise and there’s far less variability in the process.

That means they don’t have to worry about twisting or having to make unexpected adjustments. They can be more accurate in their costings.

We had a situation in Auckland with a Formance build where the builders had allowed a day to put a wall up. Two hours later they looked at each other and said hey, it’s up!  They hadn’t expected it to be so fast.

There are some specific tools builders will need, but their overall toolbox will reduce.  There’s less gear required overall.

The other real benefit for builders that as soon as the SIPs panels are in place they can get straight on with the interior.

You don't have to wait for the cladding as you do in a conventional build. You can get the people straight in because you already have a weather tight house.

With Method, I see a time when we’ll look back and say, remember when we used to build with sticks? Do you remember that? And everyone will go yeah, weren’t we crazy.

Now we build with panels and it’s just normal. There will come a day when we all look back and say, the industry’s moved on. The status quo has advanced.

There’s a lot of energy out there for change. The minute we talk to people about it we touch a raw nerve. The industry has been held back for so long, but until someone actually comes along with a clear way of achieving progress, frustrations just get bottled up.

The Method Building System has a lot of ticks when it comes to building science which is the way humans interact with a structure.

The performance of a structure has the power to make people’s lives better. It sounds a very grandiose sort of statement, but it’s actually a plain truth. We have to take another look at the way we do things here. There is a better way and once you get it, well it just makes sense.